How to Choose a Career

If you’re the kind of person who was born to fulfill a specific, already-defined destiny, there are two ways to discover it.
The first is a divine revelation; it could come in a dream, or maybe you’ll hear an angel’s whisper: “Lo, thou shouldst be an outside sales specialist for a fracking company.”
But if that hasn’t happened yet and you find that it’s time to start a career, you’re going to have to go with option #2, which is to begin an intentional search.
This process is called career research and it was made possible–or at least much more possible–by the internet. The internet has so much information on how to choose a career, in fact, that the sheer volume of it can make you feel like a cork in a tsunami. Thankfully, some people find their careers in helping others navigate the deluge.
It starts with getting straight about what you want. In the words of Alan Watts, “What would you like to do if money were no object? How would you really like to spend your life?”

The Difference Between a Job and a Career

Often, people use the words “career” and “job” interchangeably. Sometimes that’s alright. But it’s vitally important that you understand the difference and stay focused on which one you’re searching for. So what is the difference between a job and a career?
In the crudest sense, a career is a series of jobs that share at least one common skill or area of expertise. Getting a job can be a defensive move meant to ward off poverty or it can be an offensive, deliberate “career move.”
Still, many (most?) careers happen by accident, growing out of the jobs people end up with. Most of us are never taught how to choose a career like we’re taught how to write a book report. Instead, people find that they’ve gained one of these skills or areas of advanced knowledge along the way and, understandably, cling to it like a port in a storm. They squeeze as much money out of it as they can over time and hope it will be enough to retire someday.
But when we talk about choosing a career path, we’re talking about not having to leave so much destiny up to chance. We’re talking about consciously selecting the skills and areas of expertise that you–your real self, your personality–are fitted to.
One hopes that choosing a career path feels like a sort of expression of who he or she is. In time, the work can become like an art. With luck–and sufficient effort, of course–you might find yourself wondering if you were predestined to do this work after all.

It’s no wonder so many of us need help choosing a career path. When we’re tiny children, the important years are sufficiently far off that the adults in our lives feel safe telling us that when those years come, we’ll be able to do and be anything we want. But the older and more capable we grow, the more afraid they get for us. Before too long, they come off it and tell us what they really thought all along: we’re going to have to get good grades so we can get into a good college so we can get a good job so that the world won’t swallow us. Maybe once that’s done, we can start dreaming about how to choose a career again.
And so, when the time comes to declare a major or start applying to serious jobs, we’ve taken the cue and given up on making a living that we really enjoy. We say the only natural thing, given the apparent options: “I don’t know what career I want!”
With so little time left before we have to start paying for our own lives, even proper career research starts to look like a luxury we can’t afford. If something doesn’t come along to intervene, need for food, water, and shelter forces us to find some racket in town that we think we can manage to participate in.

“I Don’t Know What Career I Want!”

If this has already happened to you, don’t worry–it’s not too late. It’s true, after all, that you can always start dreaming again. But if you’re still young enough that it hasn’t happened yet, then there’s still time to avoid such a detour.
It all starts with the question that you’ve probably been hearing a lot lately, if only in your head: “What do you like?” After so many years of being taught that your interests don’t matter because your obligations are what’s important, it can feel foreign, childish, and even bleak to put real, honest thought into the question again.
Of course, the point isn’t to make a comprehensive list of your interests. It’s to remember the feeling of liking what you’re doing, of being unselfconsciously interested in something–and to spend some time with that feeling.

For some of us, no amount of prompting will be enough to rediscover that inspiration. But again, it’s not too late. This is where the miracle of the internet comes in, and the miracle of those people who find their careers in helping others find theirs.
Often, the best way to start is with a career assessment test. Some career tests can help you form a respectable understanding of some part of your work personality but most are too limited in their scope. Commonly, career tests focus too narrowly on their takers’ skills without considering their preferences, or vice-versa.
But a work personality career test will honor your personality–its strengths and weaknesses–as well as your best styles of doing things. A really good one will even suggest career fields and specific jobs that you might be cut out just right for.

Getting Started on Your New Career Path

Choosing a career path can be a terrifying… well, job. Many never do it because they don’t know where to start.
But if you’ve read this article, you must want better for yourself. You must be trying–honestly–to learn how to choose a career that you’ll love. If that earnestness is there and you’re open to the possibility of being pleasantly surprised, then all you have to do is keep trying. It will come.
Give a free work personality career test a try. See what it says. Maybe it will be something you’ve never thought of. Maybe it will introduce you to possibilities you didn’t know existed.
Or maybe it will just put you back in touch with the excitement of having good work to do, that you truly love.

Work from Anywhere Jobs and Careers 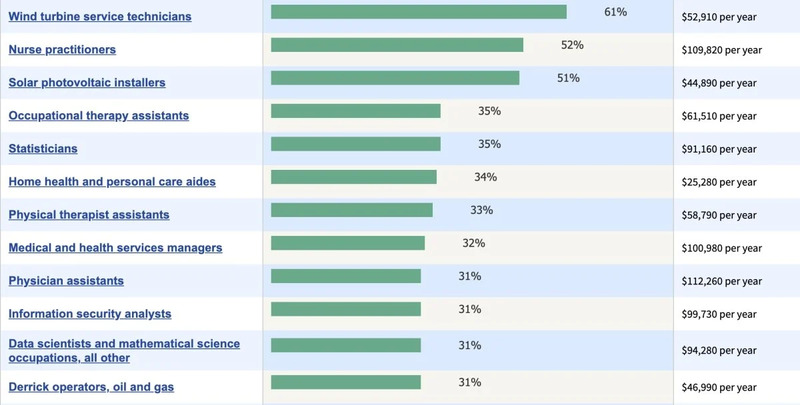 Work from Anywhere Jobs and Careers