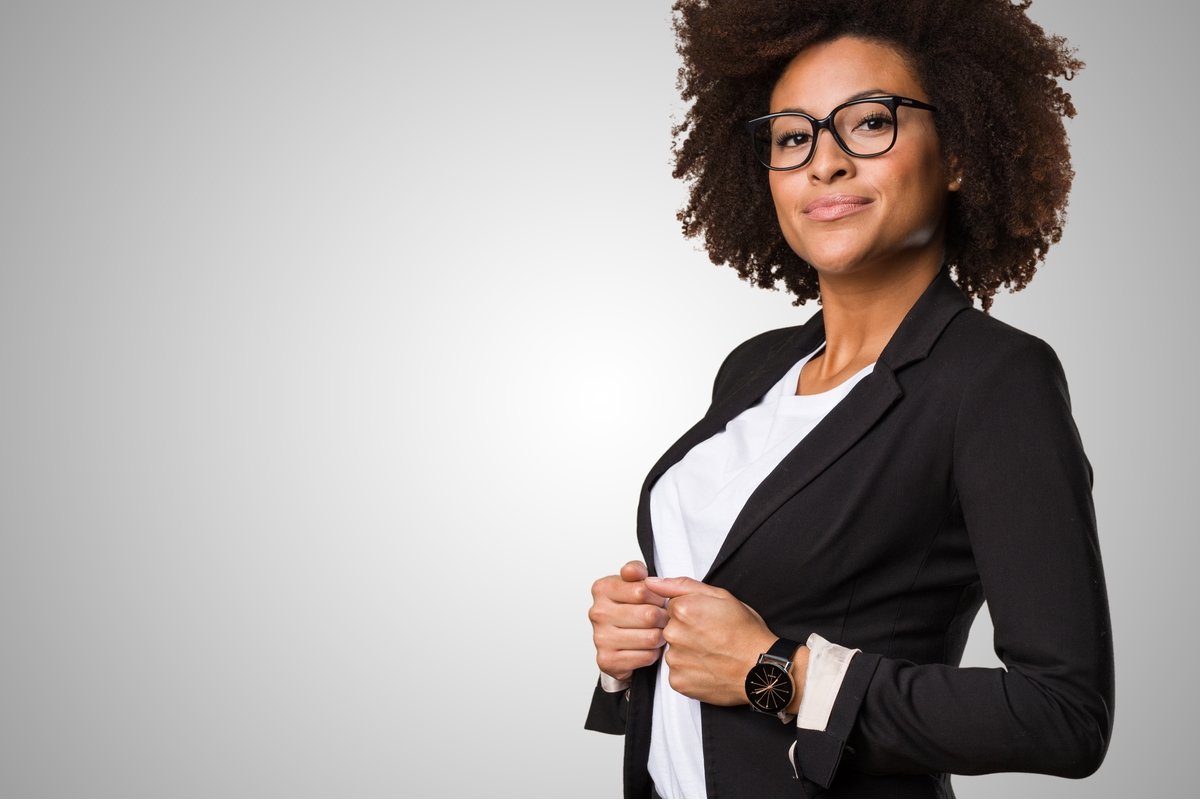 Today’s the day: you’re gonna get that raise, or die trying. 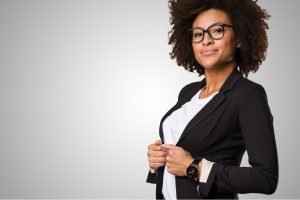 You step through the boss’s door, setting it swinging behind you. You pull the brim of your hat down low over your eyes.

​“Seems to me,” you grimace, “that this here company ain’t big enough for the two of us. Guess that means I’m handin’ in my notice.”

​Your boss drops to his knees. “Please, you can’t leave!” he cries, hands clasped imploringly. “We just got them new accounts—and two of our contractors got poached a week ago! You’ll be leaving us shorthanded!”

​You scratch your jaw, considering the situation. “Well…mebbe I could be persuaded to stay on a little longer. Provided compensation is good enough.”

​“Anything! Anything you want! Name your price—it’s yours!”

​This is when you wake up and realize it was all a dream: you will not be receiving a raise via old-timey saloon standoff. Too bad!

You do still need that raise though—and pronto. But you aren’t going to get it by going in guns blazing, nor can you reasonably expect your boss to beg you to save the town company. Yet many approach these conversations with an equally confrontational attitude.

Let’s make this clear: negotiating a raise is nothing like a showdown. To secure a raise and—more importantly—preserve your career path, it’s critical that you approach these negotiations, not as a self-righteous hero, but as your boss’s “pardner.”

​The following are five steps that will ensure you get the compensation you need, without resorting to a standoff at high noon. But first, don’t hesitate to take a quick look, by taking a career test, to see if this job is truly the best career to bring you happiness… or have you just been grinding away at success with sheer willpower? Maybe you deserve a raise but there is a better career out there for you.

​1. Evaluate your own performance.

I once had an employee ask me for a raise immediately following a bad quarter— and after they had made a serious mistake that cost the company. My response to their raise request: “Hmm. Employee X is right. We should evaluate their employment.” 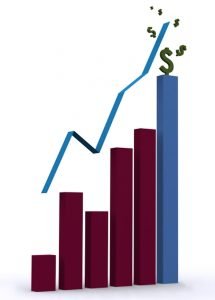 In the end, not only did Employee X not receive their raise, we began searching for a more competent replacement. I can only hope the lesson was learned.

Be scrupulously honest with yourself—your boss will be equally candid. If your performance hasn’t been stellar, then now is not the time to ask for a raise. Doing so will not only fail to increase your paycheck but may do you serious reputational damage in the long run.

On the other hand, if you’ve just enjoyed a major win at work, by all means—ask for the raise! People (bosses in particular) have short memories. When asked to dole out more cash, the response is likely to be: “What have you done for me lately?” If you can point to immediate evidence of your superior job performance, that will go a long way toward answering the question.

​You should also consider how long you’ve been with the company. Monster.com suggests that any time after six months is fine; yet the numbers show that remaining at any job or salary level for longer than two years can result in being paid 50% less over your career.

If you’re in that sweet spot, and your performance has been stellar, then your timing is ideal. And if you’ve been earning the same for two years or more, then this conversation is clearly overdue.

You’ve got to get into your boss’s head. (Put that bone saw down, it’s a metaphor). Do your best to answer the following questions: 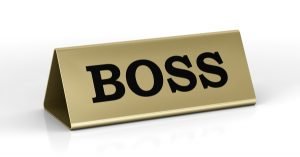 Performing this sort of psychological homework takes only a few moments, but it will leave you infinitely more prepared for the coming discussion.

​3. Definitely DO ask for a raise.

By now, you might feel the best time to ask for a raise is…never. But there are solid reasons to regularly renegotiate your title and compensation—either by asking for a raise or by accepting an outside position.

​I dropped this little statistic in Step #1, but I’m going to repeat it again for those in the back: 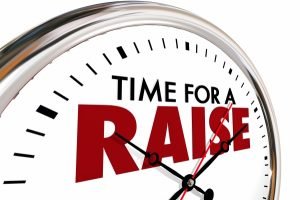 remaining at any job (or salary level) for longer than two years can result in being paid 50% less over your career. If you are confining yourself to 3% cost of living raises, then you’re falling behind on your own potential paycheck.

To be clear, most workers accomplish significant salary shifts by finding a new job with a higher base rate of pay. Knowing this gives you leverage to request more in your current position. Since a new hire is likely to cost the company more than retaining you, they should be willing to hear you out.

And the statistics show that, generally, employers are willing to listen. According to a survey of 160,000 workers conducted by payscale.com only 37% of had ever asked for a raise…yet of those 37%, around 70% received a raise after requesting one. The odds are in your favor!

However, of those 70% who successfully negotiated a raise, only 39% received the salary increase they asked for, while 31% got less than they’d requested. This suggests it’s wise to approach your superiors with a well-considered concept of exactly how much you want, and exactly why you deserve it—as well as leaving a little wiggle room for bargaining.

If that doesn’t get you what you want, it’s important to be prepared with Step #4.

I kept my resignation letter in my locked top drawer for a month, waiting for the opportunity to ask for a raise. Just knowing that the letter was there, ready to be used, gave me the confidence to negotiate powerfully for exactly what I wanted. Ultimately I didn’t have to use the letter just then—in fact, nobody knew it existed. Only I knew I was prepared to walk away at a moment’s notice, and that was the ace up my sleeve. 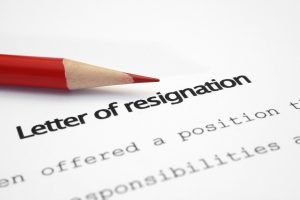 Ideally, you should have another job offer or at least a solid expression of interest from another company. This sort of safety net not only relieves your stress but can give your presentation and bargaining skills a major boost. You don’t necessarily need to bring up that other offer during negotiations; however, if you do, be prepared for your boss to call you on it. That’s when the letter in the locked drawer comes in handy.

A job offer is by far the best “ace up your sleeve,” but if you’re not quite that lucky, there are other backup plans. You can prepare a set of alternative benefits to a refused raise, such as more flexible hours, telecommuting, a better job title, high-profile assignments, etc. These are especially applicable if your boss has control over your workload and schedule, but not over the budget.

If all else fails, be sure to…

Have you won the lottery recently? Inherited an estate? Developed and sold a brilliant new app? If so, congratulations! (Why are you reading this article?) If not, then you’re still going to need a job…and that means preserving your industry reputation at all costs.

Your boss might make a moustache-twirling movie villain look sweet, and your negotiations for a raise might have tanked—or even backfired, as described in Step #1. These conversations are stressful for all involved, and the temptation to blow up, storm out, or even to resign might become quite high indeed.

That’s why it’s critical to always keep your future in mind. People talk. You don’t want your superiors to be those people, and you certainly don’t want them to spread the story of the scene you made when they refused you a raise. However great it might feel in the moment, unprofessionalism is never a good look on an employee. In fact, your boss is likely to use it as a retrospective justification for refusing that raise in the first place!

​Frankly, it’s about more than career and reputation—it’s also a question of pride. This may seem a bit deep for an article on raises, but consider: what do you want to be remembered for? Life is full of endings—quitting, retiring, dying—and others pay attention to how we handle these difficult moments. Do you want to be remembered as someone who behaved badly at the office, or as a person who exemplified self-control at every moment, on every level? Most of us will opt for the former.

​But if you are one of the latter, and you are determined to quit in an absolutely show-stopping fashion, then by all means—make sure you get good video. 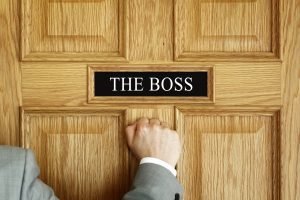 You open the door and walk-in. Unbeknownst to your boss, you have a job offer in your email, and a signed resignation letter locked in your top drawer.

When your boss asks, “What have you done for me lately?” you can point to significant accomplishments in the past few months. When the boss says, “I’m not sure,” you can suggest several ways in which your raise—and, thereby, your retention—would be a win-win for all involved.

If the boss says, “It’s out of my hands,” or “It’s not in the budget,” you’ve prepared several alternatives, ranging from giving notice on the spot, to accepting a range of non-monetary bonuses.

You behave professionally (even if your boss doesn’t) so that no matter what occurs, you walk out of that office with your head high.

But, I’m hoping with you that the boss does throw themself at your feet, they give you the raise and beg you to stay.  You deserve it.

Either way, you can put your Stetson back on, and head down to the saloon. You’ve earned that drink, pardner. 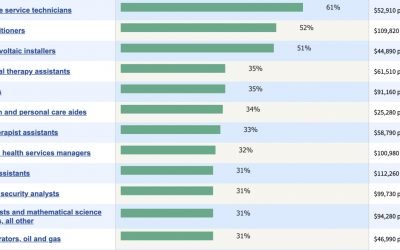 You have the best chance of getting hired if you are pursuing any one of these 12 careers in 2021 because these are the jobs with the highest demand for hiring.  Some of them pay over $100,000 a year, some require no college degree, some of them have online courses,...

END_OF_DOCUMENT_TOKEN_TO_BE_REPLACED 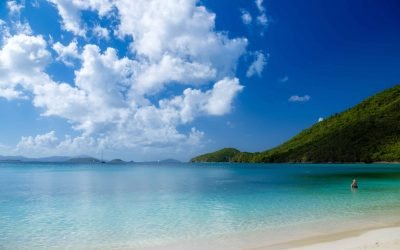 Did you lose your job during this pandemic?  Or maybe you have a good job...but you want to prepare for another lockdown.  It’s time to invest in yourself. Have you talked to people that said, “Staying home hasn’t really affected us--I work from home anyway”? That...

END_OF_DOCUMENT_TOKEN_TO_BE_REPLACED 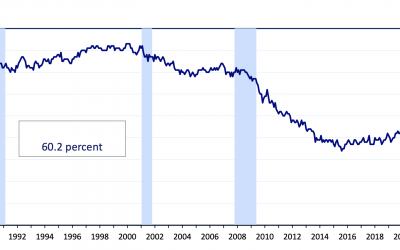 What Jobs Will Be Stronger Post-Covid? Everyone’s talking about how Covid-19 will change the working world forever—but few are giving specifics. It’s as if everyone is giving a society-wide shrug. At best, you may encounter the vague guess that more people will work...

END_OF_DOCUMENT_TOKEN_TO_BE_REPLACED 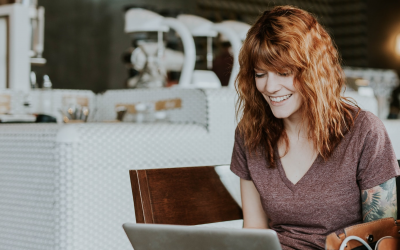 There Is Still Work Out There

END_OF_DOCUMENT_TOKEN_TO_BE_REPLACED

You have the best chance of getting hired if you are pursuing any one of these 12 careers in 2021 because these are the jobs with the highest demand for hiring.  Some of them pay over $100,000 a year, some require no college degree, some of them have online courses,...

END_OF_DOCUMENT_TOKEN_TO_BE_REPLACED

Did you lose your job during this pandemic?  Or maybe you have a good job...but you want to prepare for another lockdown.  It’s time to invest in yourself. Have you talked to people that said, “Staying home hasn’t really affected us--I work from home anyway”? That...

END_OF_DOCUMENT_TOKEN_TO_BE_REPLACED

What Jobs Will Be Stronger Post-Covid? Everyone’s talking about how Covid-19 will change the working world forever—but few are giving specifics. It’s as if everyone is giving a society-wide shrug. At best, you may encounter the vague guess that more people will work...